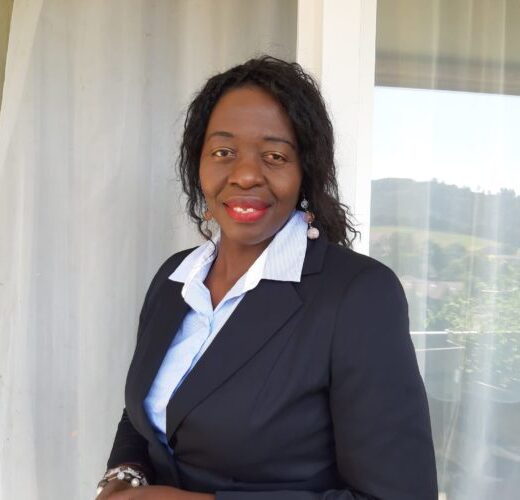 She attended Primary and Secondary school in Mbengwi. After the General Certificate Exams in GBHS Mbengwi she left for the University in Yaounde where she obtained a Bachelors Degree in English Literature, besides a diploma in computer studies for the Refined computer training Center in Yaounde. In parallel with her studies, she worked at the Cameroon National Radio and Television Co-operation for three years.

She pursued her Nursing Studies in Switzerland with the Berufs-, Fach- und Fortbildungsschule (BFF), and the Swiss Red Cross (SRK) in Bern She worked in Tilia Pflege Zentrum Ittigen, Logis Plus Stapfen in Köniz, Stiftung Wendepunkt In Oftringen- Aarau, and Cafe Restaurant Irion Brugg. She is the CEO and Founder of the Cho Ngafor Foundation (www.cnfoundation.ch) or (www.cnvfoundation.com) with International Headquarters in Bern and Regional Africa Headquarters in Bamenda Cameroon.

As an African resident abroad, she remains very passionate about her Continent of Origin. She promotes the socio-cultural values of this continent and aspires to help where needed. Besides working with Spitex Region Köniz, the CEO of CNFoundation she also works with AEMRN (Afro European Medical and Research Network) as the Public Relationship Officer (PRO).