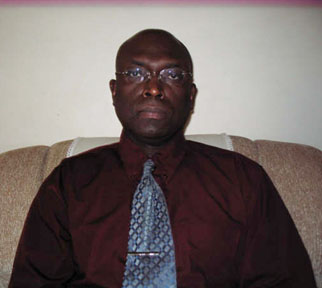 Mr. Desmond Macauley the current Consultant of Afro-European Medical and Research Network (AEMRN) to South Africa is a product of the Prestigious Prince of Wales School, Freetown, Sierra Leone where he did his GCE Advanced Level. He holds a Bachelor of Science (B.Sc.) degree from Fourah Bay College (FBC), University of Sierra Leone and later followed his studies with a Postgraduate Diploma in Education at the same University majoring in Advanced Educational Psychology (MAJ).

Mr. Macauley also has an ICS Computer Training Diploma from ICS in Singapore, a Diploma in Business Management and Administration from the Cambridge Tutorial College and a certificate in Upgrading and repairing PCs from Damelin in Gauteng, South Africa.

Mr. Macauley is a gentleman of great innovation and experience in the scientific and educational sector. He as head of the Physics department taught and coached the current President of AEMRN, Dr. Charles Senessie, the basic medical science subjects of physics and mathematics which earned the latter among others the best GCE O`Level Physics Prize that year at St. Edwards Secondary School in Freetown. This eventually enabled Dr. Senessie and several other students to gain entrance into universities at home and abroad to pursue studies in medicine and other professional areas.

Mr. Macauley furthered his career as UNV Specialist at the United Nations Development Programme in the Educational Sector at Port Moresby in Papua New Guinea and in the same country worked as High School Chemistry Co-coordinator in the Papua New Guinea Department of Education.

He has wealth of experience as a Software Application trainer at Hyrank Company as well as Independent Contract Trainer at M-Cot Corporate training Company in the area of Information Technology Sector in Randburg South Africa (Gauteng).

He is currently an Educator at In-Tuition College in Rossettenville.

Mr. Macauley is a very much family oriented person, deeply religious and had in the past taken part in various voluntary youth development projects including even agriculture.

He will no doubt allow the AEMRN to tap some of his educational and other scientific experiences for the good of the less privileged population around the world.