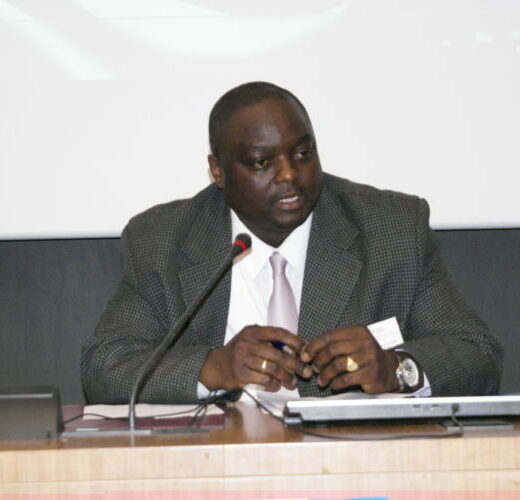 The President of Afro-European Medical and Research Network in Holland, James Wallace-Kargbo was born and grew up in Freetown Sierra Leone. He is a man of high moral values, a staunch dedicated Christian who has held and continues to hold various high positions of trust in the Christian Ministry and other humanitarian organisations back home as well as currently in the Netherlands where he permanently resides.

The vision of dedicating his life in rendering help to mankind as a fixed goal can be traced back to his early days as a youth. Together with a life long friend of his, Dr Charles Senessie- both from humble backgrounds- would spend weeks of their summer vacations as volunteers in diverse community-oriented development projects. Projects in the areas of agriculture, construction, medicine and other socially organised ones for handicapped as well as other less fortunate members of the society formed a priority for them.

Upon finishing post-high school in top form with GCE Advanced level, Wallace as he is commonly called decided to forgo his ambition of pursuing studies at Fourah Bay College (FBC), the University of Sierra Leone in the Field of Engineering where he was accepted and opted for military service as a career.

This was in 1991 at the start of the civil war in Sierra Leone. Thus still driven by the vision of serving his country as well as rendering assistance to the poor population he enrolled for military officers cadet course at the Benguema Military Academy, at Benguema few miles outside the capital city Freetown, Sierra Leone.

Upon commissioning, young lieutenant James Wallace-Kargbo served in various roles, department and regions of Sierra Leone and was very famous for his bravery, gallantry at the war front and at the same time dedicated service in protecting and helping the refugees from Liberia, internally war displaced and traumatised victims. These included the aged, disabled and helpless women and children caught in the civil conflict.

Now residing in the Netherlands and before his acceptance to be President of AEMRN in Holland, his work did not consist of any direct humanitarian activity. He is, however, the Chairman of the Sierra Leone Humanitarian Association of Leiden (S.L.H.A.L.).

Some of the objectives of the Association are to help newcomers from Siera Leone better integrate into the Dutch Society, assist members with legal matters and sending aid packages to Africa.

He is a great soccer fan.