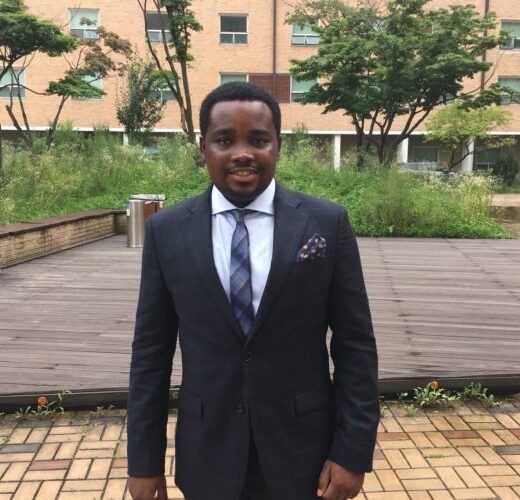 The Secretary General of the Afro-European Medical and Research Network (AEMRN) Dan Yedu Quansah grew up in Agona Swedu; a small rural town in the central region of Ghana; one of the poorest regions in the Gold Coast nation, the only educated people he could remember were his teachers. There were no role models to look up to academically let alone mentors to emulate in his nuclear and external families. With strong sense of motivation and the thirst for academic and scientific curiosity the desire to pursue education was possible even at the highest level.

Dan Quansah obtained his premier degree from the University of Cape Coast, Ghana where he graduated with honors in Bachelor of Human Biology. During his studies, he researched among other things the influence of nutrition during pregnancy and birth outcomes. Results from his published undergraduate dissertation revealed that, maternal dietary variety and socio-demographic characteristics were associated with adverse birth outcomes. Since then, Dan Quansah has been an advocate for adequate nutrition before, during and after pregnancy. He is also an ardent advocate for health care access and utilization for poor communities in the central region of Ghana. He is a voluntary public health practitioner who engages pregnant women through seminars and fora on the influence of nutrition on health especially during the perinatal period. He continued his research in the field of nutrition epidemiology where he investigated the association between mother’s dietary diversity score, dietary patterns and birth outcomes. This study has brought to forth the inadequacies in maternal nutrition in Ghana and has aimed at conducting a clinical intervention trial in order to guide policy direction in Ghana.

After serving his country (Ghana) for two years after graduation, Dan Quansah won the prestigious Korean Government Postgraduate Scholarship to pursue a master’s degree in Nutrition epidemiology (a Public health major) at the prestigious Seoul National University in South Korea. During this period He studied the Korean language and passed the proficiency examination in just 8 months during the one year language education. Dan’s focus on nutrition and health did not change during his postgraduate studies. He researched on the role of nutrition on the risks of cardiovascular diseases especially diabetes. Together with a group of researchers, he had the opportunity to investigate the novel role of antioxidant vitamins on diabetes risk. Together with his colleagues, they developed a database for antioxidant vitamins for common Korean foods. He has further investigated the extent to which household food insecurity is associated with antioxidant intake.

In the third semester of his master’s studies (total of four semesters), Dan got admission to the PhD in Cardiovascular and Metabolism Science program at the University of Lausanne. Subsequently in the final semester of master’s studies he received the revered Switzerland Government Excellence Scholarship Award to fund his PhD degree. Currently at the university of Lausanne in Switzerland, Dan is investigating the novel role of interdisciplinary and lifestyle intervention on metabolic outcomes among women with gestational diabetes and their offspring. In order to address the risks associated with gestational diabetes, it is important that its modifiable risk factors such as obesity, nutritional and dietary lifestyles which can be addressed within the concept of nutritional intervention are given the necessary attention in a high risk population such as Ghana.

His publications at his young career include 11 full articles, three reviews, one editorial and 4 conference presentations. Dan is a recipient of several awards and scholarships notably among them are the Swiss Confederation Award (Switzerland), Geneva Excellence Award (Switzerland), the Korean Government Postgraduate Scholarship award (South Korea), Mastess Science and Technology award (Ghana) as well as the COCOBOD scholarship award (Ghana). Dan has professional certifications in Research Ethics, Children and Clinical Research, and Community development model for poverty reduction.

It is my hope that, my findings from research engagements will lead to breakthroughs in modern medical practices and increase respect for research and clinical recommendations to manage and prevent gestational diabetes as well as a more holistic view of maternal and child health in Ghana. On a personal level I want to develop networks with scholars and non-profit organizations that will influence, support and provide funding for effective nutritional health interventions both in Ghana and Africa.